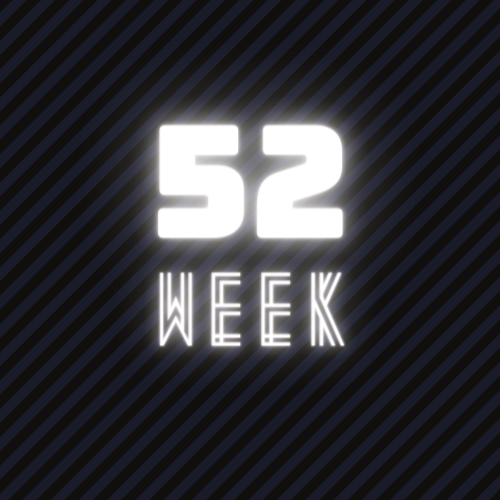 The End of the World Is Just the Beginning: Mapping the Collapse of Globalization

2019 was the last great year for the world economy.

For generations, everything has been getting faster, better, and cheaper. Finally, we reached the point that almost anything you could ever want could be sent to your home within days—even hours—of when you decided you wanted it.

America made that happen, but now America has lost interest in keeping it going.

Globe-spanning supply chains are only possible with the protection of the U.S. Navy. The American dollar underpins internationalized energy and financial markets. Complex, innovative industries were created to satisfy American consumers. American security policy forced warring nations to lay down their arms. Billions of people have been fed and educated as the American-led trade system spread across the globe.

All of this was artificial. All this was temporary. All this is ending.

In The End of the World Is Just the Beginning, author and geopolitical strategist Peter Zeihan maps out the next world: a world where countries or regions will have no choice but to make their own goods, grow their own food, secure their own energy, fight their own battles, and do it all with populations that are both shrinking and aging.

The list of countries that make it all work is smaller than you think. Which means everything about our interconnected world—from how we manufacture products, to how we grow food, to how we keep the lights on, to how we shuttle stuff about, to how we pay for it all—is about to change.

A world ending. A world beginning. Zeihan brings listeners along for an illuminating (and a bit terrifying) ride packed with foresight, wit, and his trademark irreverence.

The Great Reset: And the War for the World

In The Great Reset: And the War for the World, the most controversial man on earth Alex Jones gives you a full analysis of The Great Reset, the global elite’s international conspiracy to enslave humanity and all life on the planet.

If you really want to know what’s happening in the world, this is the one book you must read now. Alex Jones is the most censored man on the planet and you should ask yourself why that is. There is a powerful authoritarian takeover in process that is seeking to capture the entire human system and turn it into an artificial factory farm controlled system. We are in a war for the future of the world. In this book, you will hear from the world’s elites, from their own mouths, what they are planning for you and your families and you will learn what you can do to fight it.

From central bankers, corporate billionaires, and corrupted government officials, global elites have been organizing a historic war on humanity under a trans-humanist, scientific dictatorship. Alex Jones was the first major figure to expose the World Economic Forum’s agenda. He has dedicated the last 30 years of his life to studying The Great Reset, conducting tens of thousands of interviews with top-level scientists, politicians, and military officials in order to reverse engineer their secrets and help awaken humanity.

The Great Reset: And the War for the World chronicles the history of the global elites’ rise to power and reveals how they’ve captured the governments of the world and financed The Great Reset to pave the way for The New World Order.

Once dubbed a conspiracy theory, but now openly promoted by the most powerful corporations and governments, The Great Reset is a planned attempt to redistribute all the world’s wealth and power into the hands of banks, corporations, billionaires, and The World Economic Forum.

If you read one book in a lifetime, this is it. In The Great Reset: And the War for the World, you will discover from the self-appointed controllers of the planet in their own words, their plan for what they call the final revolution, or The Great Reset.

The only way this corporate fascist conspiracy can succeed is if the people of the world are not aware of it. And this book lays out their sinister blueprint and how to stop it. While many great books have been written to help awaken people to this sinister agenda, no author has ever spent as much time and research on The Great Reset as Alex Jones.

The Great Reset: And the War for the World is the undisputed trailblazer for understanding what’s happening and how to stop it.

Principles for Dealing with the Changing World Order: Why Nations Succeed or Fail

“A provocative read … There are few tomes that coherently map such broad economic histories as well as Mr. Dalio’s. Perhaps more unusually, Mr. Dalio has managed to identify metrics from that history that can be applied to understand today.” (Andrew Ross Sorkin, New York Times)

From legendary investor Ray Dalio, author of the number-one New York Times best seller Principles, who has spent half a century studying global economies and markets, Principles for Dealing with the Changing World Order examines history’s most turbulent economic and political periods to reveal why the times ahead will likely be radically different from those we’ve experienced in our lifetimes – and to offer practical advice on how to navigate them well.

A few years ago, Ray Dalio noticed a confluence of political and economic conditions he hadn’t encountered before. They included huge debts and zero or near-zero interest rates that led to the massive printing of money in the world’s three major reserve currencies; big political and social conflicts within countries, especially the US, due to the largest wealth, political, and values disparities in more than 100 years; and the rising of a world power (China) to challenge the existing world power (US) and the existing world order. The last time that this confluence occurred was between 1930 and 1945. This realization sent Dalio on a search for the repeating patterns and cause/effect relationships underlying all major changes in wealth and power over the last 500 years.

In this remarkable and timely addition to his Principles series, Dalio brings listeners along for his study of the major empires – including the Dutch, the British, and the American – putting into perspective the “Big Cycle” that has driven the successes and failures of all the world’s major countries throughout history. He reveals the timeless and universal forces behind these shifts and uses them to look into the future, offering practical principles for positioning oneself for what’s ahead.